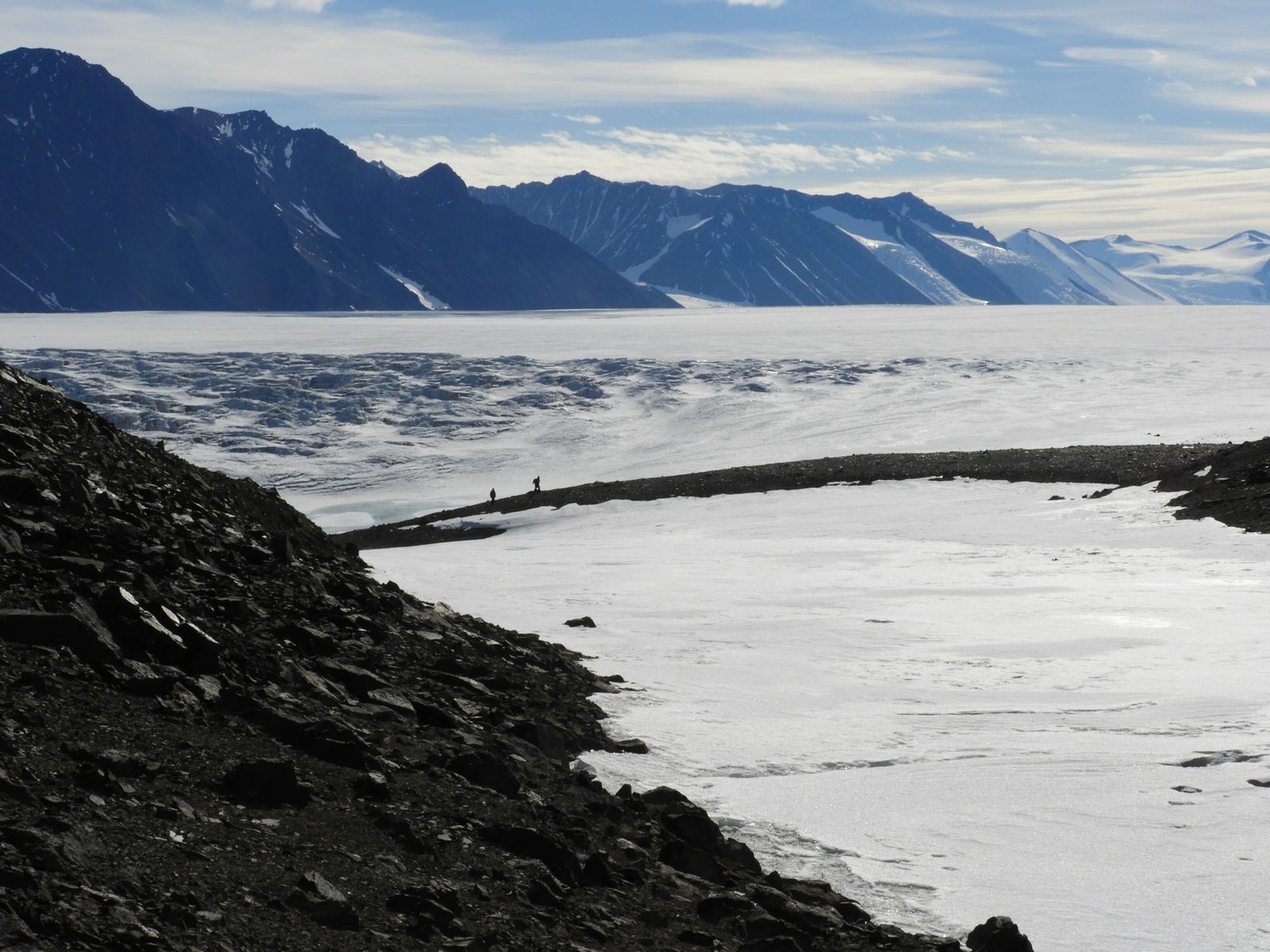 For the first time, scientists have discovered soils on the Earth’s surface that appear to harbor no life. The soils originated from two windswept rocky ridges in the interior of Antarctica, 300 miles from the South Pole, where mountains cut through ice several thousand feet thick.

“The assumption has always been that microbes are resistant, they can live anywhere,” says Noah Fierer, a microbial ecologist at the University of Colorado, Boulder, whose team has studied soils. After all, single-celled organisms have been found living in hydrothermal vents above 93 degrees Celsius, living in lakes trapped under half a mile of ice in Antarctica, and even surviving at an elevation of 120,000 feet in the Earth’s stratosphere. . But after a year of testing, Fierer and his doctoral student Nicholas Dragone still haven’t found any signs of life in some of the Antarctic soils they have collected.

Fierer and Dragone studied the soils of 11 different mountains, representing a wide range of conditions. Those from the lower, less freezing mountains contained bacteria and fungi; but in some of those of the two higher, drier and colder mountains, no sign of life moved.

“We can’t say they’re sterile,” says Fierer. Microbiologists are used to finding millions of cells in a teaspoon of soil; so a tiny number, say 100 living cells, could potentially escape detection. “But as far as we can tell, they do not harbor any microbial life.”

Looking for signs of life

Whether some of the soils are truly lifeless, or later turn out to harbor a few surviving cells, this new finding, recently published in the journal JGR Biogeosciences– could help guide efforts to find life on Mars. The soils of Antarctica are perpetually frozen, saturated with toxic salts, and have not tasted appreciable amounts of liquid water for up to two million years, like Martian soils.

They were collected during a January 2018 expedition, funded by the National Science Foundation of the United States, to a remote part of the Transantarctic Mountains. These cross the interior of the continent, separating the high polar shelf in the east from the low sea ice in the west. Scientists camped on Shackleton Glacier, a 60-mile-long ice conveyor belt that pours through a gap in the mountains. They used a helicopter to reach the heights and collect samples from top to bottom of the glacier.

On the warmer, wetter mountains at the foot of the glacier, a few hundred feet above sea level, they found soils inhabited by animals smaller than sesame seeds: microscopic worms, tardigrade eight legs, whiskered rotifers and wingless insects called springtails. These sandy, bare soils were home to less than a thousandth of the number of bacteria you would find in a well-manicured lawn, just enough to provide food for the tiny grazing beasts that lurk beneath the surface.

But as the team visited higher mountains higher up on the glacier, those signs of life gradually diminished. At the upper end of the glacier, they visited two mountains – Schroeder Hill and Roberts Massif – which rise over 7,000 feet above sea level.

The visit to Schroeder Hill was brutal, recalls Byron Adams, a biologist at Brigham Young University in Provo, Utah, who led the project. The temperature on that summer day was close to -17 ° C. Howling winds – which slowly evaporate the snow and ice, keeping the mountains bare – constantly threatened to lift and throw the garden shovel they had brought to dig in the sand. The ground was strewn with reddish volcanic rocks, pitted and polished by eons of wind scouring.

As scientists lifted rocks, they found their undersides covered with white salts, toxic crystals of perchlorates, chlorates and nitrates. Perchlorates and chlorates are caustic reactive salts used in rocket fuels and industrial bleaches, and also abundant on the surface of Mars. Salts had accumulated on these parched Antarctic mountains because there was no water to wash them off.

“It was like sampling on Mars,” Adams says. When you dig in the shovel, “you know you’ve been the first thing to disturb this soil for ages, maybe millions of years.”

The researchers speculated that even in these highest and harshest places, they would still find a few living microbes crouching in the ground. But that expectation began to crumble in late 2018, as Dragone used a method called polymerase chain reaction (PCR) to detect microbial DNA in dirt. Dragone tested 204 mountain samples along the glacier. Those from the lower, less icy mountains produced abundant DNA; but a large portion of the samples from the higher elevations (20%), including most of those from Schroeder Hill and the Roberts Range, yielded absolutely nothing, suggesting they contained very few microbes or perhaps be none.

“When he started showing me some of the results, I thought to myself:”Something‘is wrong’, says Fierer. He thought there must be a problem with the samples or the lab equipment.

Dragone continued with a battery of additional experiments looking for signs of life. He incubated the soils with glucose, to see if something living in the soil converted it to carbon dioxide. He tried to detect a chemical called ATP, which all life on Earth uses to store energy. And for months, he incubated chunks of soil in a variety of nutrient cocktails, trying to coax any microbes there to grow into colonies.