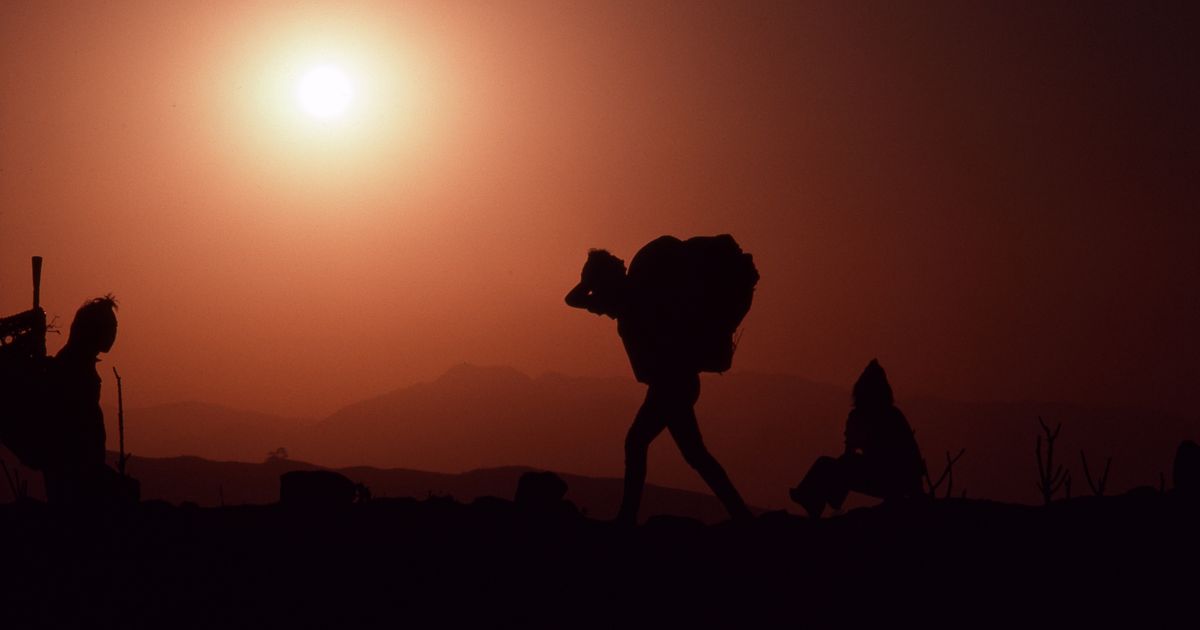 Chris Kopczynski wanted to be an astronaut but decided to keep his feet firmly under him.

Instead, he reached as high as possible for the stars, his head above the clouds, without ever leaving the earth. As a child, he climbed higher than any adult would consider him safe on the bridges around Spokane.

He continued to climb, through the mountains of the Pacific Northwest and across Canada, and eventually climbed the highest peaks of all seven continents – and an eighth peak for good measure.

“Kop,” as anyone brave enough to follow or accompany him up a mountain, would know him, recounts his life-threatening strength tests in his self-published book “Into Thin Hair”. Kopczynski’s title is an ironic nod to Jon Krakauer’s mountaineering classic “Into Thin Air”, which was a personal story of a disaster on Mount Everest in 1996 that left five people dead.

Kopczynski’s book, while telling poignant tales of life and death struggles for strength and endurance to conquer nature’s most difficult peaks, is a celebration of survival. It’s less about braving the elements than overcoming the fear of the unknown.

He details every gasp above 20,000 feet and the pains the human body endures as it struggles to adapt to altitudes it is not meant to endure. Kopczynski allows readers to experience with him every guarded and sliding step on frozen glaciers and through hellish storms on chasmic cliffs.

You don’t have to read very far in the book to realize that when Kopczynski talks about “adventure,” it’s a code word meaning that next time he could have died.

The book, recently purchased for international hardcover distribution, is a thrill ride series as high as anyone has ever gone without a rocket. But Kopczynski also goes beyond the adrenaline rush to bring to his writing an honesty that transcends rocky peaks.

It’s a story of trust.

“When I removed the last piton before the overhang, I put all my trust in my partner, joining both hands on my lifeline, which may or may not have been made under the supervision of a worker. disgruntled, I closed my eyes and swung around in space, slowly circling around, ”writes Kopczynski of the ascent of Mount Chempren in the Canadian Rockies.

“The rope held, answering my initial doubt. Now, with all of my strength focused on my aching arms, the next 30 feet to get over the overhang was pure adrenaline with 3,000 feet of nothing between me and the rocks below.

It’s a story about death.

As Kopczynski constantly reminds us, 90% of mountaineering fatalities occur on the way back down after reaching the summit. The tallest mountains in the world are littered with the frozen and mummified remains of those who did not return to base camp, as recovering the bodies would be just as deadly.

Kopczynski gives dignity to friends he has lost and fellow climbers who have earned his respect by giving their final measures of devotion. In this aspect, the book is less a memory than a memorial to those who are not there to tell their stories.

Kopczynski was part of a 1974 international expedition to the Pamir Mountains of the former Soviet Union that became one of the worst mountaineering tragedies in history. This will end with the deaths of 15 female climbers, including the entire Soviet female climbing team.

“Death is something my mind has had to deal with,” Kopczynski writes. “It’s not a mystery I think about, nor pray for, because I believe that I have only one life and that my paradise is here on Earth.

“I believe my children carry my spirit, and I hope they inherit some of my love of life… What I have heard and seen in The Pamirs this summer stirs up my innermost feelings of sadness and decades later, my emotions overtake my sorrowful heart. “

It is a story of questioning one’s own values.

Kopczynski doesn’t romanticize his escalation too much. He describes the passion turned obsession that pushed his Spokane construction business to the brink of bankruptcy and dissolved a marriage. Clinging to the side of a mountain or standing on top caused waves of disgust and self-doubt, as it did with a grueling and failed assent in South America.

“Trying to explain my passion for mountaineering to non-mountaineers has always been difficult,” he writes, “but now I have found myself struggling to explain the silliness to myself.”

Next year’s hardcover version will have a new title: “The Tallest and the Toughest: A Mountaineer’s Life Odyssey on Top of the World”. The new version can also provide an opportunity to tweak more to push an already well-written book to the heights it deserves. The clichés spoil the writing and the technical jargon of mountaineering weighs on the layman reader.

This book deserves a literary treatment, however, as Kopczynski takes readers on a fascinating journey to the highest places where one can soar with one’s feet still on the ground.

Ron Sylvester has been a journalist for over 40 years with publications such as the Orange County Register, Las Vegas Sun, Wichita Eagle and USA Today. He currently lives in rural Kansas.