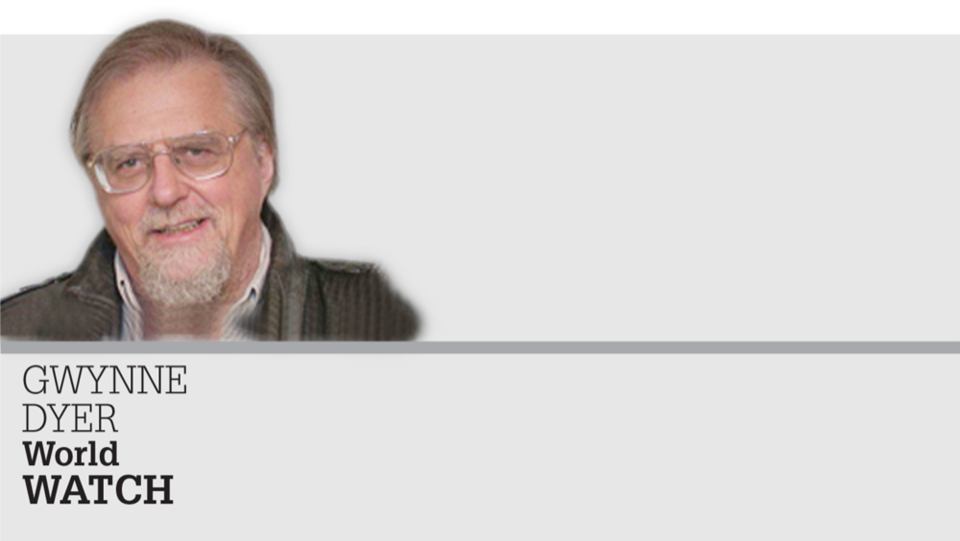 Could the forerunners be one or more groups that made a final spin around glaciers 22,000 years ago, thrived for a little while in the Americas, and then died out for some reason?

This has been the biggest shock in archeology in quite some time.

British and American archaeologists have found strong evidence that humans – we might call them the forerunners – were in the Americas some 6,000 years before the previously accepted earliest date.

What archaeologists have found at White Sands in New Mexico are thousands of actual footprints, which definitely beat chipped stones that may or may not be ancient spearheads.

Moreover, the lead author of the report in the journal Science, Professor Matthew Bennett of the University of Bournemouth in England, believes that most of the footprints were those of young people.

“They were the first American teenagers,” he told The Observer. “And they were hanging out together like they do today. The only thing missing then was a smartphone.

We don’t have DNA from the White Sands site, but the people who lived near this ancient lake probably wouldn’t even stand out on a modern street if you gave them clothes and a makeover.

What the Forerunners have given us, however, are some difficult mysteries. The smallest is how they got there.

They presumably started by crossing the now submerged land bridge between Siberia and Alaska. It was the easy part. But a solid wall of glaciers more than a mile high blocked the overland route south through Canada from Alaska 22,000 years ago. How did they get around this?

Maybe they had dugout canoes (although tall trees are rare in the Ice Age Arctic), but it would have been a very long way up a rocky, ice-covered coast (2,500 km) with nothing to eat except the caught fish.

By comparison, the Clovis, who we thought were the first humans in the Americas, had it easy.

By the time they appeared about 13,000 years ago, a north-south corridor had opened up across the ice fields of what is now Alberta. You can walk the entire distance to Clovis, New Mexico and find food along the way.

Since the arrival of the Clovis people, evidence of human presence in the Americas has been widespread and continuous. Further research has shown that some similar people may have lived on both continents 16,000 years ago.

But the bigger mystery is this: If there were already human beings in New Mexico 22,000 years ago, where did they go for the next 6,000 years? How could there not be other proof of their presence in other places?

Start with the obvious question. Could this date be wrong?

Probably not. You cannot date the carbon footprints in the mud, but you can date the ditch grass seeds that are trapped in the mud (now turned into rock) in the layers just above and below these footprints. Archaeologists tested the date in every way they knew how, and each time the answer remained the same: the footprints are between 23,000 and 21,000 years old.

So ok. It’s time to ask the question we all prefer to avoid. Could the forerunners be one or more groups that made a final spin around glaciers 22,000 years ago, thrived for a little while in the Americas, and then died out for some reason?

No evidence of a human presence over the next 6,000 years strongly suggests that the precursors were simply no longer there. No mass extinction of the American megafauna (large prey) before the arrival of the Clovis hunters 60 centuries later makes it almost certain.

When human hunter-gatherers first settled on a continent or ocean island where prey had not co-evolved with and feared humans, there was always mass extinction: l Australia 46,000 years ago, the Americas about 10,000 to 12,000 years ago. , New Zealand only 700 years ago. If that didn’t happen earlier in the Americas, then the forerunners were probably long gone.

Or maybe, just maybe, they were still hanging on somewhere in small numbers until the people from Clovis came along, probably with better guns, and swept them away. That’s what Dr Andrea Manica, a geneticist at Cambridge University, thinks.

He told the BBC that genetics “clearly show a separation between Native Americans and Asians about 15,000 to 16,000 years ago.”

Precursors are not represented in this genetic line and Manica suggests that “the first settlers of the Americas were replaced when the Ice Corridor formed and another wave of settlers arrived. We have no idea how this happened.

Yes. We just don’t like to think about it.

The prehistory of the world is filled with stories of more powerful groups chasing or annihilating less powerful groups. Often the men and boys were killed, while the women were guarded, but the forerunners (if they were still there to meet the new bosses) didn’t even have that chance.

Sixty centuries – and nothing to show for it.