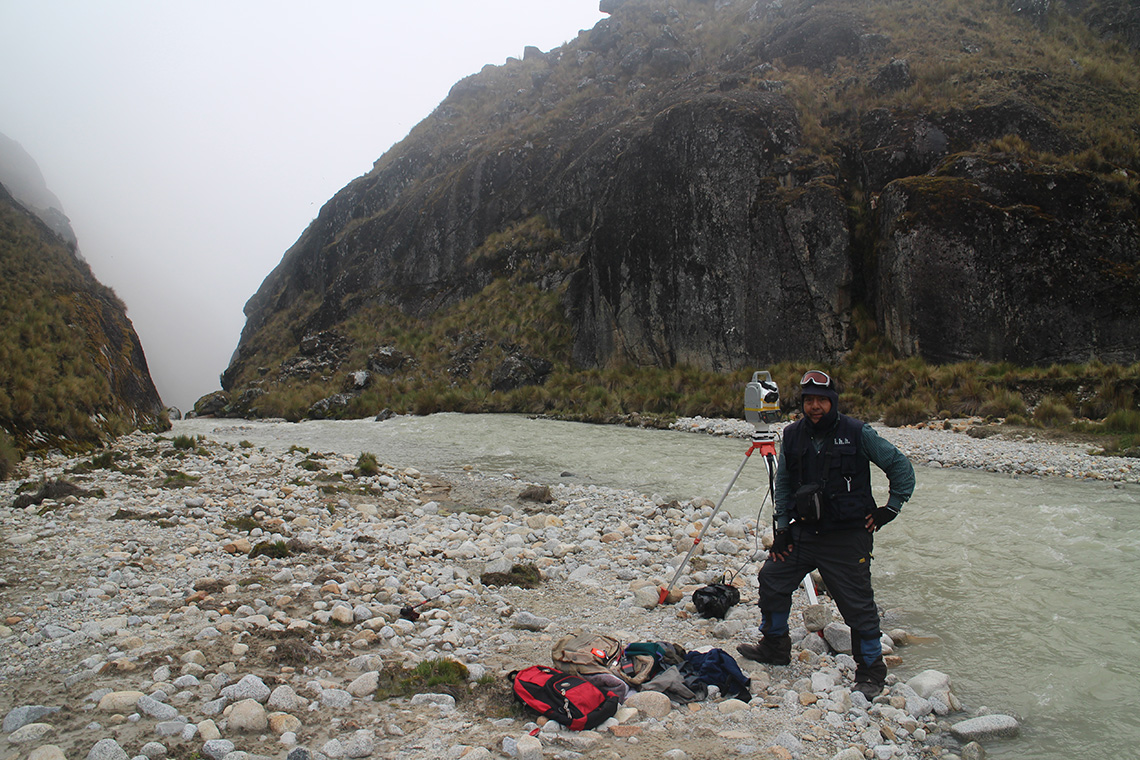 What are the main findings of the surveys so far?

Scientists in Chile, Bolivia and Peru have helped to better understand the impact of climate change on the land and water resources of the High Andes. Through three major field campaigns in the three countries, with the participation of local and international scientists, more than 800 soil, sediment and ice samples were collected.

Nuclear techniques have made it possible to trace the origins and pathways of sediments and to calculate the rate of sedimentation of lakes, reservoirs and wetlands. New sediments are exposed after the glacier’s ice recedes. When these are carried by rainwater, they can invade waterways and pollute rivers and fish with heavy metals. They can also settle and drain wetlands, which can then become less able to capture and buffer water, and at the same time, they can become a source of greenhouse gas emissions. Downstream, when the ice melts, water availability initially increases. The water then decreases as the available ice stock decreases, reducing the amount of water released into the river. The reduced quality and availability of water has an impact on local populations, agriculture, animal husbandry and tourism.

Studies carried out by Brazilian scientists linked to the project have also provided a better understanding of the impact of Amazon rainforest fires on the melting Andean glaciers. When the smoke plumes from the forest fires reach the glacier, they darken its surface, allowing it to absorb more solar energy and, therefore, amplify the melting. Combined modeling with in situ measurements have shown that this phenomenon may contribute to about five percent of the surface melt of the Zongo glacier in Bolivia.

In addition, field and laboratory investigations using isotopic techniques have identified soil types, with land use and cover being the most critical for greenhouse gas emission when temperature still increases.

How are nuclear and isotopic techniques used and what makes them unique in assessing the impact of climate change in mountainous regions?

Conventional techniques and methods are no longer sufficient to assess, at a fine level of detail, the impacts of climate change on soil and water resources in mountainous regions. Thus, the application of isotopic and nuclear techniques – highly reliable and precise tools – opens a new window of possibilities for deciphering the subtle changes in the ecosystems that we are studying.

Nuclear techniques based on the measurement of carbon-13, carbon-14 and nitrogen-15 isotopes have been used to determine the age of soil organic carbon content and its stability. When organic carbon is not stable, the soil can release CO2 easier. We conducted various laboratory experiments, using soil samples from different study sites with varying climates, land use and soils. By altering soil temperature and humidity regimes in the laboratory, scientists investigated how changing climatic conditions would lead to increased greenhouse gas emissions and whether old or just young carbon would be a source of greenhouse gas.

Climate change also has an impact on the distribution of sediments. Scientists measured sedimentation rates in natural and man-made water bodies, to determine the extent of the impact of climate change, such as retreating glaciers, on this process. Nuclear techniques included various radionuclides present in soil and sediment, which are used to assess soil degradation and sediment redistribution at different time scales.

Nuclear techniques have also been used – along with conventional techniques – to date sediments and understand paleo-environmental changes in climate and landscape. Understanding the past helps to better predict future trends.

How can the type of information collected on expeditions support the development of climate change adaptation strategies for ecosystems and local populations?

We hope to provide new, precise scientific evidence to decision-makers to establish tailor-made regional policies for adaptation to climate change. The United Nations Environment Program supports the science-policy dialogue resulting from the findings. Decision makers are involved and local people have also clearly expressed their support for our work, which is encouraging for us.

Our data are useful for the development of water resources management plans and watershed management. For example, controlling erosion in watersheds – areas of streams where precipitation flows into rivers or other water bodies – will reduce the production of sediment that can compromise storage capacity. reservoirs providing water for human consumption and hydroelectric production.

Also, the comparison of the “signatures” between the current and the sediment accumulated in proglacial lakes, which are freshwater lakes formed behind ice dams or the soil and rock left by a moving glacier, offers a perspective. over time changes that occurred during the stages of glacial retreat. This helps to develop possible future scenarios, for which watershed management plans can be established.

David Choquehuanca, the Bolivian vice-president, and Bernardo Gurarachi, the first Bolivian to reach the summit of Everest, both expressed their full support for the project, because it responds to the need to generate scientific evidence on the impacts of climate change on water resources. The results obtained will be used by government institutions such as the Ministry of Environment and Water and the Mother Earth Authority in Bolivia to develop policies for adapting to climate change.