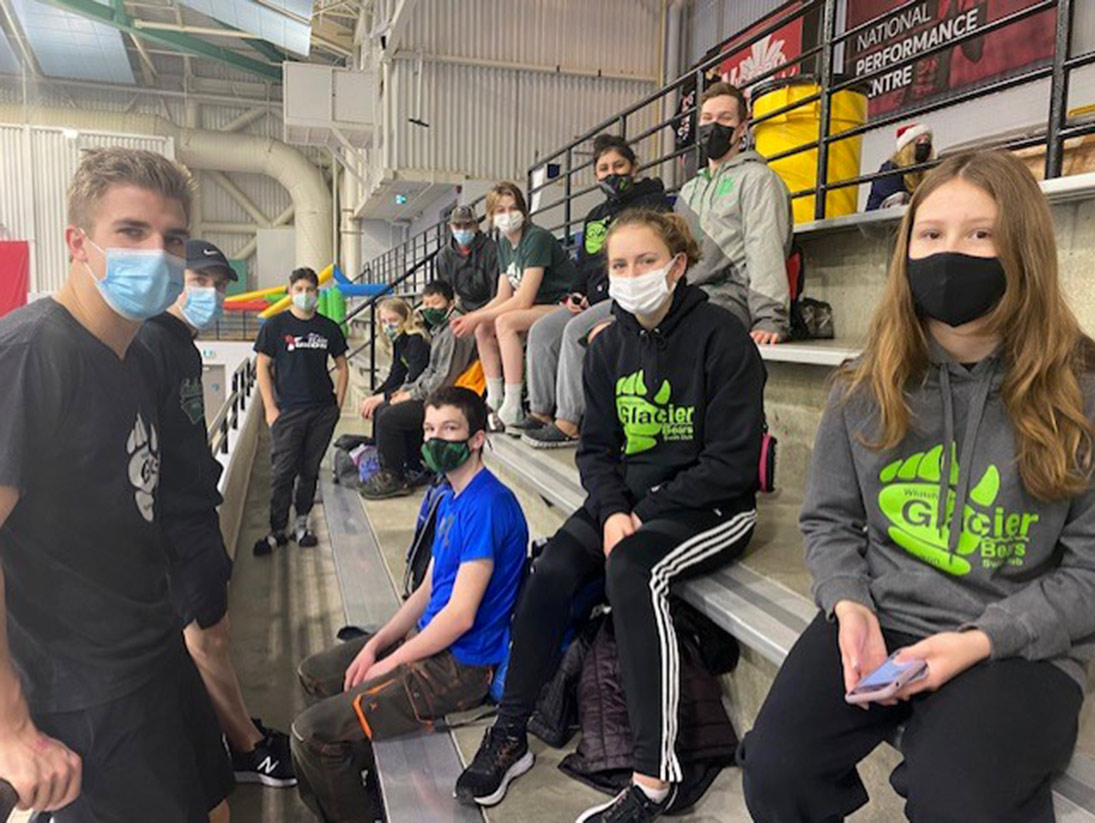 The Whitehorse Glacier Bears Swimming Club has had some success in two competitions recently.

The Christmas Cracker Gathering took place December 2-5 in Victoria, BC, at the Commonwealth Center.

“We were delighted to be able to go,” said Escobar. “Also, BC was going through things, shutting down and doing things. They also went through the state of emergency for different reasons. But it was finally confirmed and we took 13 athletes. Normally we take about 30, but most of the swimmers who make it to this meet didn’t feel ready to travel yet. “

Everyone outside of British Columbia had to be vaccinated, which eliminated swimmers under the age of 12. All 13 swimmers were vaccinated and ranged from 12 to 18 years old. 400 swimmers participated in the competition.

“It was such a good meeting for us,” exclaimed Escobar. “It was so good for us to come back and run again after almost two years.”

According to Escobar, the competition is “normally huge, around 700-800 swimmers … Santa Claus is coming, and the Grinch is coming, it’s a Christmas (event)”.

“There were 13 of us swimmers competing in 29 finals – it was incredibly positive for us, and having 75 personal bests is very high above the average for any running club at any point in the race. year. So we were in the process of doing it, ”exclaimed Escobar.

The divisionaries take place in February in Victoria.

“The fact that we had three new qualified swimmers for the divisionals was very successful.”

“The head coach of (University of) Victoria, which is one of the best programs in the country, is very interested in having two of our boys join their team, so they were noticing performances.

“And at that competition in Toronto, the head coach of Simon Fraser University, which is a University that competes in Division 2 in the United States, also sent an offer to one of our swimmers. So it was pretty good, ”recalls Escobar.

“I think our voice and our program are getting noticed now; Said Escobar. “We are doing a good job. I didn’t necessarily expect so much success because we haven’t formally raced for so long. Now that we were exposed (to the race), we have shown some success. “

Alex Petriw, Liam Gishler, Emily Vangel, Khushi Brar, Adelle Sternbergh, Will Snugden and Kale Masse were the other swimmers in the BC competition.

The Toronto competition was restricted to swimmers 18 and under and is the fastest short course competition in Canada for this age group. According to Escobar, it’s a bit like a mini-national in which international teams normally participate. This year, only Canadians participated.

It was the first time that Barrault and Gishler took part in the meeting.

“Time standards are drastically fast. They are at the national level. Qualifying for this competition is first of all super hard. You have to be quick to leave, ”said Escobar.

Gishler raced in five events and broke four club records and placed in the top 5 in the 800-meter freestyle, and narrowly missed the Canadian trials by less than a second in that event.

“He killed him,” Escobar said. “So this kid is now on track to qualify for the Canadian National Trials. Without a doubt, he will get by.

“It was a bit shocking for them to be at that level. It was completely out of their comfort zone, but they managed to pull themselves together and stand on the blocks and give their 100 percent.

“It was a great learning experience for us. There were swimmers from all over Canada … I was very happy to be there with them teaching them new strategies for mind control, nerve control, “focus on what you have to do, let’s go, ”said Escobar.

“It was good … we came home very happy with what we did.

Meanwhile, the meeting with Ryan Downing has been postponed to January 22 and 23. It was originally scheduled for November 11-12, but was postponed due to the state of emergency under the Civil Emergency Measures Act (CEMA) declared on November 8.

“It was very unfortunate because I think the state of emergency was announced the same week, so we had everything planned but then we had to cancel and it was very disappointing,” said Escobar.

The event was postponed mainly due to capacity issues and mostly unvaccinated children as they are under 12 years old.

The club will be hosting a Christmas camp from December 20-24 for Polar Bears, Kodiaks and Silvertips. After the Christmas holidays, they resume their activities on January 4.