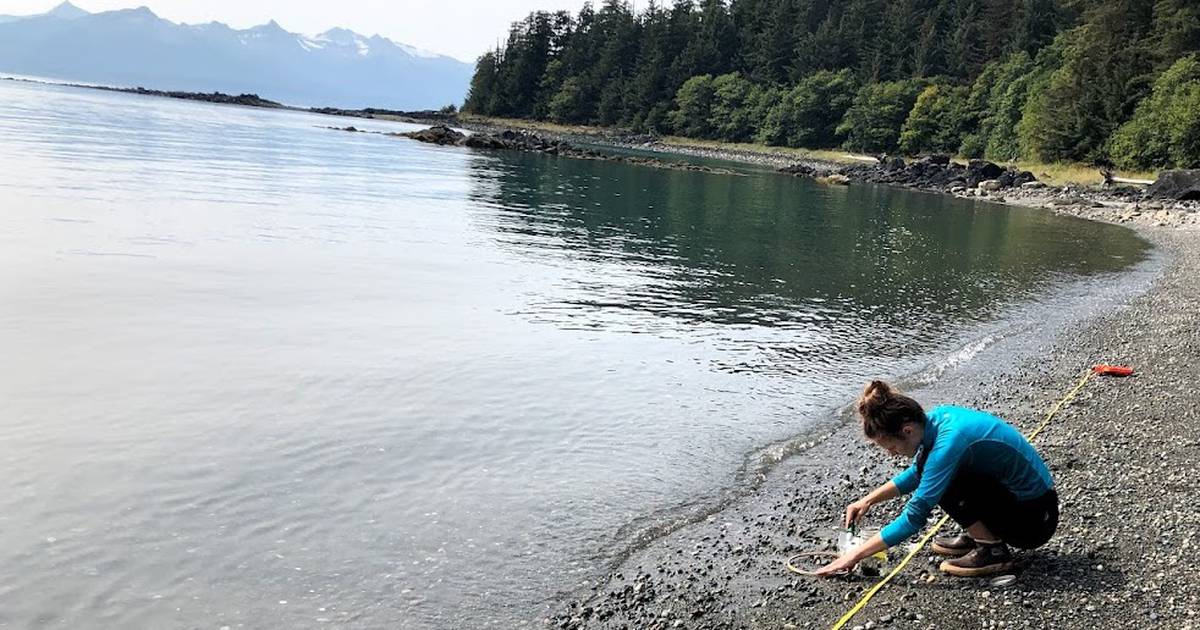 “We found microplastics in every rain sample (collected in Juneau),” Sonia Nagorski told a group of people listening to her at the American Geophysical Union’s fall meeting in New Orleans on December 13.

Nagorski – a professor at the University of Southeast Alaska in Juneau – was giving a presentation via her computer as she sat in the Alaskan capital at the New Orleans conference. Shortly after she disappeared from the screen, she responded to a list of questions that was emailed to her:

What inspired you to do this study?

“When I first started reading that plastics were being detected almost everywhere on Earth, from the bottom of the Mariana Trench to the Arctic Ocean; in rivers, lakes and even in the air we breathe – I wanted to know how many there was in Juneau.

“In the fall of 2019, I taught a new course on plastic pollution. I had twice as many students as expected. I decided to use the high number by sending everyone to various environments in Juneau to collect samples.

“We collected water and sediment from various streams, lakes and beaches; from the Mendenhall and Herbert Glaciers, and we collected the precipitation.

“We were amazed at how many small fibers and plastic fragments we easily found, especially since we were only seeing a fraction of them using our fairly simplistic methods. In 2020-2021, I have collected rain and snow samples with a few students and added them to the dataset I built with the class.

What is a microplastic?

“A piece of plastic less than 5 millimeters, the length of a grain of rice or less. So you can see the ones that are at or near 5 millimeters, but it’s very difficult to see much smaller than that. without close inspection or a microscope.

How does a bottle of Clorox or a piece of plastic wrap turn into a microplastic particle?

“Plastic doesn’t really biodegrade, at least not over centuries or maybe even millennia. Instead, it mechanically shatters into smaller and smaller pieces when tossed about by waves, water, or wind, or crushed by vehicles. It can also weaken and fragment when baked in the sun.

How did microplastics end up all over Earth, even in Alaska?

“Microplastics are either intentionally made so small, or they come from larger plastics that break into smaller and smaller pieces over time. Humans are pretty much everywhere and we bring plastics with us. Plastics are also dispersed via the atmosphere and ocean currents.

“Here in Juneau, microplastics end up in the environment whenever there is a food wrap left on the ground to be washed in a stream and in the canal, or a plastic bag picked up by the wind.

“According to studies conducted elsewhere, wear and tear on car tires (which are partly made of synthetic rubber) and car brakes is a major source. Bleaching of synthetic fabrics is also a common source.

Where do most Juneau microplastics come from?

“If local sources were important, we would expect to see more microplastics in the Mendenhall Valley, for example, where there are a lot of roads, houses and other human activities and developments, but we didn’t found this.

“Since many microplastics in the rain seem to come from elsewhere, I can only suspect that most come from the Pacific Ocean, as that is the source of most of our winds and rain.

“Other researchers have looked at the mobilization of microplastics off the upper ocean, noting that they are generally low density, lightweight, accumulate near the surface, and can be easily aerosolized by water. wind or wave action. “

Despite the extreme amounts of rain in Juneau, ALL of your samples contained microplastics? Why shouldn’t they be washed?

“Yes, they all had microplastics, and quite a bit (an average of 57 fibers and fragments raining down on every square meter per day, about half of what was measured in Lower 48).

“I took the samples every one to three weeks, so it was a composite over several rainy days. So I don’t have the resolution during a storm, but the samples indicate a large and stable source.

Do microplastics harm animals? Human animals? Seems like we have to ingest them all the time without realizing it.

“While larger plastics (fishnets, six-pack rings, bottle caps) are well known to entangle and starve animals, the effects of microplastics are less well understood. There is evidence that they are harmful and that they can carry other contaminants.

“We definitely ingest microplastics all the time. It’s in soils, dust, plants, seafood and even salt that we sprinkle on our food. Plastic packaging comes off our food, and plastic water bottles can spread particles in the water. We could eat one “credit card” per week (according to a study by researchers at the University of Newcastle in Australia). “

Are there microorganisms that eat microplastics?

“Yes, some lab studies have shown that there are microbes and fungi that can break down microplastics, at least at the scale of a petri dish / lab.

“It is really important that more research is devoted to producing sustainable substitutes for plastic and promoting lower consumption, better waste management, recycling and the microbial decomposition of existing plastic.”