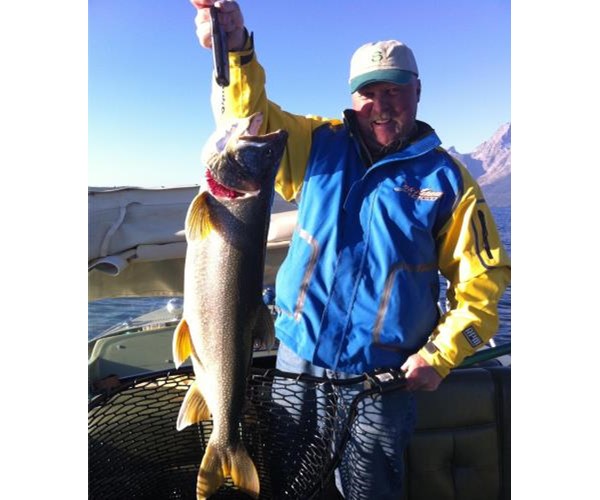 John Winger was born March 1, 1946 in Rexburg, Idaho, to Vernon Winger and Doris Rammell Winger. John died of complications from COVID on December 17, 2021 at his ranch in Victor, Idaho. John died as he lived, on his own terms, still insisting on taking care of daily chores.

John grew up in Teton Valley Idaho. He spent his youth in the town of Driggs with his neighborhood friends. Days were spent driving their horses to their favorite fishing holes and playing baseball. There was no sport or activity that John was not involved in. He always tried to play baseball with his older brother Parley and his friends, once they realized how talented he was as a pitcher they let him sign up but it took a lot of persistence. .

His family had a ranch in Darby where they spent many years working, but when John was 12 they bought a ranch from Victor on Pole Canyon Road along Warm Creek. There was a lovely old log farmhouse and stable on the property. John and his father Vernon began farming and ranching in Victor and developed a very productive operation, while his mother made their home beautiful. They raised horses and cattle and worked very hard to make the new ranch their home. At that time, they did not have sprinkler irrigation and irrigated by flood. In August, when they had the harvest and watering finished, they still looked forward to returning south. They had a great time in the southern mountains on their way back to Upper Palisades Lakes. John loved the mountains on horseback and hunting. He was talking about the fall and how he couldn’t wait to get home to climb the mountain. He loved his trips with his father in the late fall to hunt and he never lost his love for the southern mountains. He has spent every day of his life enjoying the mountains in his own way.

John attended Teton High School, was the student body president in his senior year, and excelled in every sport he played. He was the quarterback and captain of the football team, the captain and pitcher of the baseball team, and was also a member of the basketball team. After graduation, John attended Idaho State University. In 1966, John married Peggy, the neighbor’s daughter (Bob and Afton Blanchard). Shortly after having their first child Kirk Paul Winger. John and Peggy moved to Pocatello, so John could continue his education at Idaho State University where John obtained his associate degree in electronics. However, after graduation John could not deny his one true passion which was farming and ranching and moved to Victor to help his father Vernon.

John was a hard worker and a perfectionist. He never did anything by half, if it’s worth doing, it’s worth doing well. He became known as the “go to guy”, if you needed advice on breeding, farming, irrigation you call John. He has helped many people to get into farming and ranching and has made many long-standing friends. John served as President of Trail Creek Sprinkler for many years and will be irreplaceable. Over the years he has grown seed potatoes, malt barley and hay. He ran a beef cattle operation for many years and in 2009 he sold the last cattle and cried when they left the property. He loved the life of a farmer and rancher and never wanted to do anything else. John and Peggy had their second child in September 1976, Summer Lee Winger. He was lucky to have another child and his family was complete.

John was an avid fisherman and loved Jackson Lake. When he wasn’t busy working on the ranch, he could be found out on the lake either in the boat or on the ice. He was always the first person on the ice in winter and everyone called John to see if the ice was thick enough to start fishing.

John loved his pets and always had dogs and cats to keep him company. He was a very kind and generous man and unduly humble. He will be sorely missed.

John is predeceased by his parents Vernon and Doris Winger, his three brothers Parley, Gaydon and Gary. John is survived by his children Kirk (Tracey) Winger, Summer Winger (Tyler Jones), his sister Sally Rasmussen and his four grandchildren whom he loved very much, Jade Winger Zazzara, Briggen Jones, Hayzen Jones and Payden Jones, and his ex-wife Peggy Winger.

There will be no formal service, but we will have a small gathering at 9948 S 1000 W Victor Ranch on Thursday, December 23 from 3 to 6 p.m. if you wish to see the family. In lieu of flowers, please send donations to Hapi Trails Horse Rescue or the Teton Valley Community Animal Shelter. Condolences can be sent to the family at www.valleymortuarydriggs.com