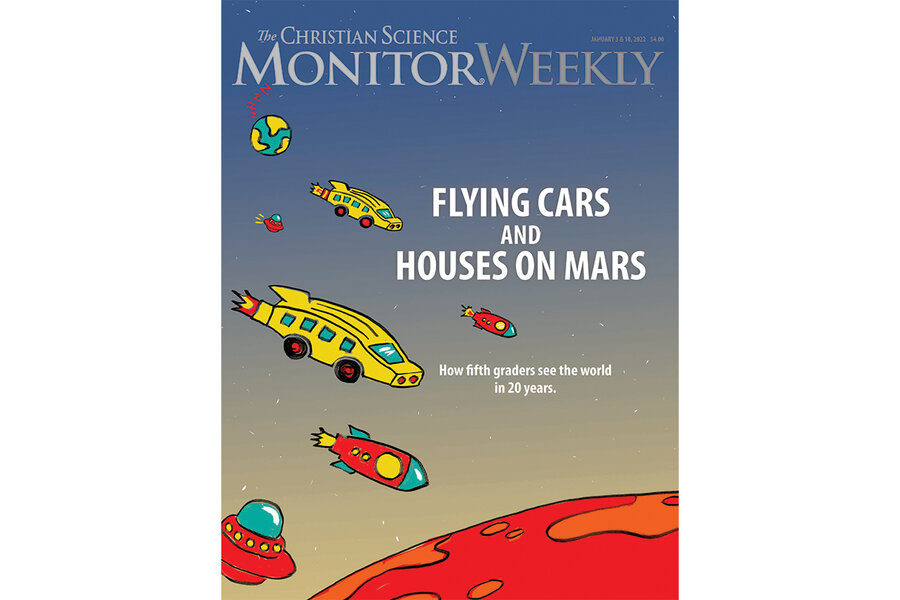 I just finished reading the side-by-side stories of Arctic icebreakers, “US and Canada forging new sea lanes as ice fields melt” and “Russia uses large fleet of ice-breaker to stimulate its polar ambitions ”, from the November 1 issue. What an ingenious way to report on topical issues of climate change and East-West tensions!

A big ‘thank you’ for including the map – with the North Pole right on, nothing less. I have referenced it several times as I read each article. The colorful paths were particularly important to me; I could almost imagine writers Sara Miller Llana and Fred Weir greeting each other across the vast white expanse.

We have the choice to see an ice-free Arctic as a space for cooperation or conflict. These two reporters show us how much there is in common “up there” and that the two passages, Northwest and Northeast, can productively connect the world.

I found the article from November 1 “It came from the (Red) sea! Invasive fish spur creative responses in Cyprus, ”the most revealing article on climate change I read in 2021.

Not only did I previously ignore most of the facts, but the report does a remarkable job of succinctly describing the impact and risks clearly and today. It was extremely helpful to have a reference that complements what one can often read about carbon, forests and the Arctic. Congratulations to Nick Squires and the science team.

I also laughed when I read Chuck Wilcoxen’s contribution to the Home Forum in the same issue, on “Daily exploits that are arguably Olympians”. I am grateful to The Monitor and feel privileged to have weekly and reliable access to interesting content and insights.

The Dec. 6 cover story “Pulling punchlines,” about comedians trying to navigate rapidly changing standards of taste, states: “The culture of cancellation is primarily a far-left phenomenon, but it also exists in law “. It is a misleading assessment.

Consider, for example, one of the main foundations of our culture: books. For many years, the American Library Association has shown that the majority of efforts to remove or restrict books from public schools and public libraries come from curators. And Republican politicians have struggled to pass new laws and regulations banning novels, textbooks, and history books they find objectionable. People of all political persuasions may be engaged in the cancellation of culture, but right-wing activists are pursuing this repressive plan with much more determination, organization and success.

Recognition for the instructor

I overheard a conversation that I just need to share because of the joy it has brought me. I live in a seven story building known as the “retirement mansion”. It’s like living inside the United Nations, with a variety of cultures, languages, a sample of everything you find in society today. Since living here, I passed my monitors on to a woman down the hall who finally put them on the “sharing table” in a busy place. It was only after hearing this conversation that I realized the impact and appreciation these magazines have here. As a subscriber and contributor myself for many decades, it makes me sing, “Is there another journal around the world that gives the kind of coverage The Christian Science Monitor gives?”

I do not think so. Thank you to everyone involved for making it what it is.