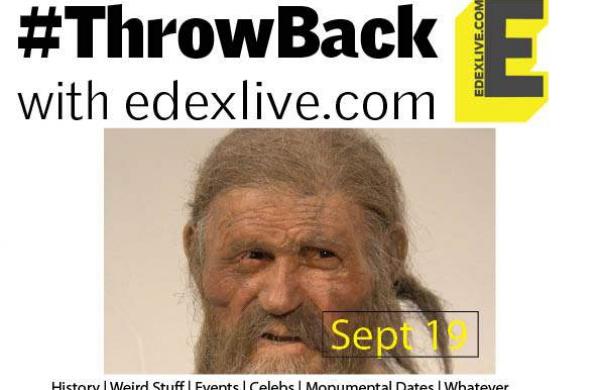 It is much older than the Pyramids of Egypt or the Stonehenge, in fact it dates back to the Copper Age. The clothes he wore, a fur robe made from the skins of various animals, a woven grass cape and fluffy hat to accompany him, as well as an ax, dagger and several arrows – all were important clues to his age. Who is this man we’re talking about? It is the Ã–tzi glacial mummy that was discovered by German tourists in the Ã–tztal Alps, on the Italian-Austrian border. This happened on September 19, 1991.

On display at the South Tyrolean Archaeological Museum in Bolzano, Italy, since 1998, a specially designed cold cell houses the body which can be seen through a small window. After the x-rays appeared a few years later, it was discovered that this man had been hit by an arrow and had bled to death. It most likely fell into a small, hollow, glacial ice immediately after, which allowed the body to be remarkably well preserved. After the accidental discovery, it was also discovered that his body was infected with whipworm and suffered from arthritis.

Wondering where his name Ã–tzi comes from? From the Ã–tztal Alps where he was found. How’s that for a blast from the past?