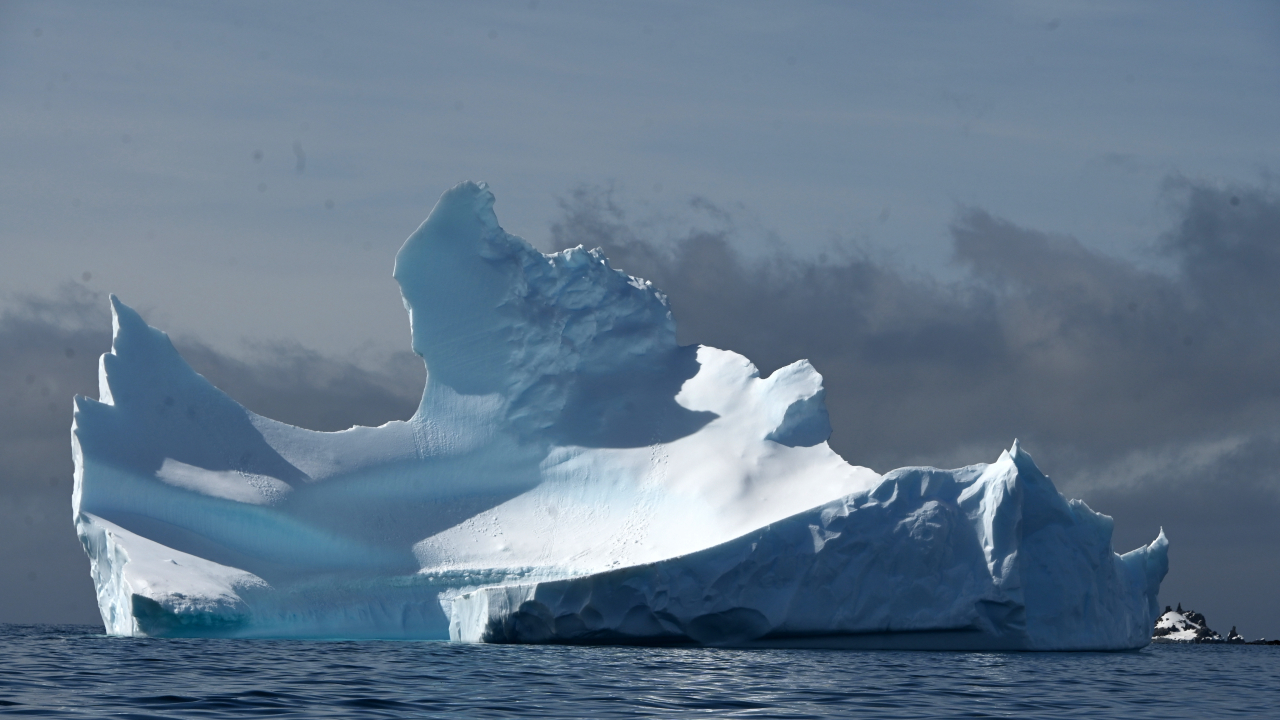 “HOW IS THIS WITH A FEAR OF CLIMATE WARMING?” Asks a Facebook post from October 15, 2021, sharing a link to an article on record low temperatures.

“THE COLDEST TEMPERATURES IN ANTARCTICA REGARDING THE RECORD. SO MUCH FOR THE GLOBAL WARMING THEORY, “says a previous article sharing a link to an article on the subject, while another says,” That’s why they changed it from global warming to climate change… kick shakes Al Gore. “

The NSIDC report also added that for the period of polar darkness from April to September, the average temperature was -60.9 degrees Celsius (-77.6 degrees Fahrenheit), “a record for those months.”

The report has been covered in newspapers as well as in online articles. But some social media posts have sought to use the results to claim that global warming is a hoax.

The record does not mean, however, that climate change is not happening, even at the poles. Scientists agree that the Antarctic ice caps will continue to melt and rise in sea levels.

Data from NASA satellites shows that the Antarctic and Greenland ice caps have lost mass since 2002.

A screenshot taken on October 21, 2021 of a NASA chart of ice mass variations in Antarctica

Peter Jacobs, a climatologist who works in earth sciences for the communications office at NASA’s Goddard Space Flight Center, told AFP that “we know, from basic physics, from modeling the climate and changes in Earth’s past, that increasing greenhouse gases and warming will melt Antarctic ice and raise sea levels. “

“Overall, the South Pole has warmed, and the warming over the past few decades has actually been quite rapid due to both man-made climate change and natural factors,” he said. he adds.

Nana Karlsson, glaciologist and senior scientist at the Geological Survey of Denmark and Greenland. OK. “The recent Antarctic temperature record is a meteorological event, while the long-term global warming that we are seeing is the climate. The weather can be very variable and display record cold (or warm) temperatures. Climate is a trend. over several decades, ”she said.

Weather events are often misinterpreted by conspiracy theorists and climate change deniers, according to polar historian Ursula Rack. “It is of course convenient to only see part of the story,” she said.

“As the global climate warms, weather events will also become more extreme. A good example of such extreme variability is this recent unusually cold winter over Antarctica,” Banwell added.

A strong polar vortex is the likely cause of the record cold, according to Isabella Velicogna, who monitors variations in Antarctic ice mass for NASA’s Jet Propulsion Laboratory in the Sea Level and Ice Group.

The vortex is formed by stronger winds than usual. “It keeps the cold air supply at the pole,” she said.

Samantha Buzzard, glaciologist and climatologist at Cardiff University in Wales, said that “although Antarctica has seen low temperatures this year, this one-off event doesn’t mean we shouldn’t be worried about climate change and the loss of ice from the polar regions. ”

“A cold winter on a continent does not mean that the planet is not warming,” she added.

The researcher said this year’s harsh winter should be viewed against the backdrop of decades of climate trends to understand what’s going on in Antarctica, adding that last year the continent also hit a record high temperature.

Map of Antarctica locating the Esperanza base in Argentina. The World Meteorological Organization confirmed a record temperature for Antarctica on February 6, 2020 (AFP / Nick Shearman, STAFF)

“We should absolutely always be concerned about Antarctica,” said Buzzard.

“About 70% of the Earth’s fresh water is currently frozen in Antarctica and only a small proportion of it needs to melt for there to be further sea level rises with potentially devastating consequences in many. places of the world. “