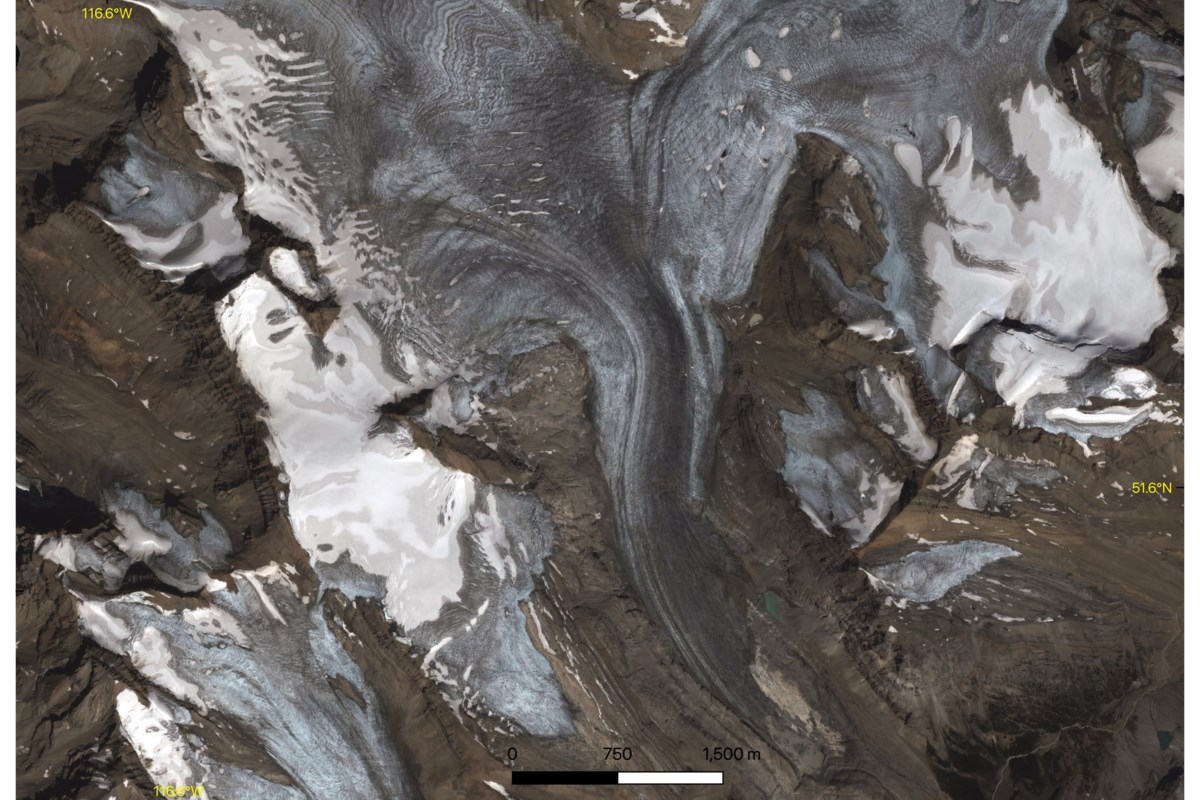 “What is clear, based on previous surveys, is that we have never seen the degree of melting that we are currently experiencing.”

BANFF – The Saskatchewan Glacier in Banff National Park has melted this year at a rate never seen before – up to 10 meters in parts of the glacier.

The alarming discovery was made by a team of researchers, including glaciologist Brian Menounos, using technology known as laser altimetry operated from an airplane to measure changes in glacier elevation.

“Certainly many of the lower elevations of the glacier have lost as much as 10 meters in places,” said Menounos, professor of earth sciences at the University of Northern British Columbia and chair of Canadian research on changing glaciers.

“What is clear, based on previous surveys, is that we have never seen the degree of melting that we are experiencing now.”

Researchers have surveyed the Saskatchewan Glacier, a toe of the Columbia Icefield, as well as hundreds of other glaciers in the Canadian Rocky Mountains, twice a year since at least 2017.

The Peyto Glacier in Banff National Park and the Yoho Glacier in Yoho National Park near Field, British Columbia, both glaciers exiting the Wapta Icefield, have experienced similar unprecedented melts this year. These glaciers have been part of Menounos’ work since 2015.

“We have noticed significant melting on others and the magnitude of that melting increases as you move south,” Menounos said.

To quantify the health of glaciers, or what’s called the glacier’s net balance, researchers measure the difference between accumulated snow in winter and melted snow and ice in summer.

“Just like a bank account, you can actually deposit or withdraw money,” Menounos said. “Sadly, over the past few years, most of the years have been a net loss.”

To perform the study, a laser altimeter instrument emits short flashes of laser light, which travel on the surface of glaciers from an airplane. It measures the round trip time of the light pulse to get the distance from the glacier surface to the receiver on the plane.

“You shoot tens of thousands of photons – the energetic light of the laser – and they’re digitally encoded, so if you know the position of the plane, you can figure out how long it takes for the laser light to get back to the receiver. ” said Menounos.

“Because of that, you can determine the altitude below the plane, and if you do it a few times you can see how that altitude changes, and in the case of the Saskatchewan Glacier or the many glaciers we visit in the Rockies we can actually see the loss over time.

The data collected is still being analyzed for a peer-reviewed paper, but researchers believe a number of factors contributed to the rapid melting this year, including extreme temperatures in western Canada earlier. in summer.

Banff has erased temperature records for six consecutive days, recording its hottest day in history on June 29 as the mercury climbed to 37.8 degrees Celsius. This shattered that day’s previous record of 33.9 ° C in 1937 and Banff’s all-time high of 34.4 ° C on July 17, 1941.

In the mountains, temperatures drop by around 1 ° C for every 100 meters of elevation gain. Additionally, June is generally the wettest month of the year, but this year has been much drier than usual, recording 24mm of precipitation this year compared to an average of 62mm for this month.

Menounos said the unusually dry weather – the so-called heat dome – also coincides with the summer solstice, a time of year when the daylight hours are the longest in the northern hemisphere.

“We have had the most sun on the glaciers and that is important because if you want to melt snow and ice, it is not just sensible heat – that is, the temperature that we can feel – but it’s also the energy that comes from the sun, “he said.

“It was also above average summer temperatures, so when you put it all together – hot, dry conditions, extreme early season melt – then you’re really setting yourself up for a long melted summer. “

The growing evidence of climate change over the glacial recession is crystal clear.

“It is clear that the ice is responding to a temperature imbalance and an energy imbalance,” said Menounos, noting that in the short term, the melting ice pumps a lot of water into the Saskatchewan River.

Even in the moderating emissions scenarios, Menounos said most of the glaciers in the Rockies will be gone by the end of the century.

Not only do glaciers feed many headwaters, but he said they are also a cultural legacy and important to Indigenous peoples.

Additionally, he said the loss of glaciers in the Canadian Rockies will impact tourism for decades to come.

“Not having these glaciers is going to change the landscape not only for the people who live there, but also for the people coming to the Rockies, for example, to be on the Icefields Parkway,” Menounos said.

“How will it be at the end of the century for tourists?” There will be some beautiful mountains, but unfortunately there shouldn’t be much ice left. “