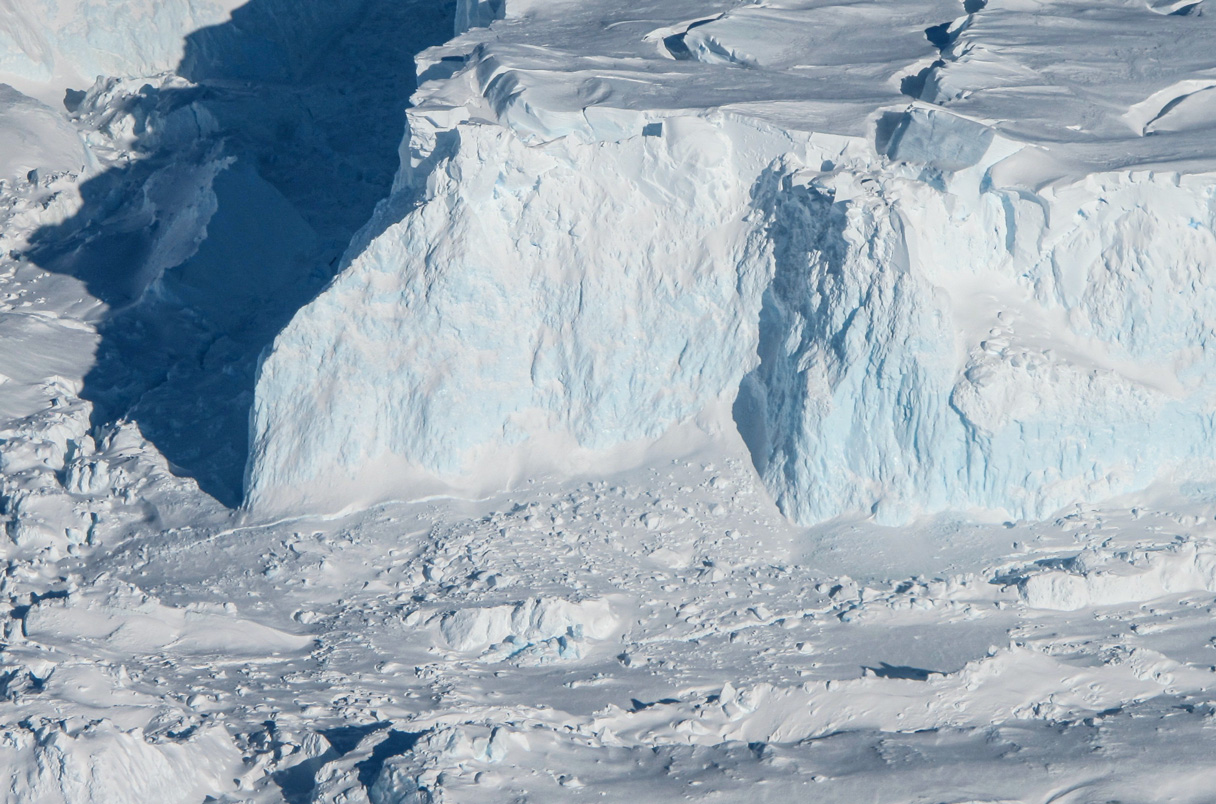 ANN ARBOR – An alarming collapse has started at the foot of Antarctica’s vulnerable Thwaites Glacier, whose meltwater is already responsible for about 4 percent of the world’s sea level rise. A Florida-sized ice cap, Thwaites ends its slide into the ocean as a floating rim of ice 28 miles wide. But now this ice shelf, torn apart by newly detected cracks on its surface and below, is likely to shatter within the next 5 years or so, scientists reported today at a meeting of the American Geophysical Union.

The most dramatic sign of impending failure is a set of diagonal fractures that cover almost the entire board. Last month, satellites spotted accelerated movement of ice along the fractures, says Erin Pettit, a glaciologist at Oregon State University, Corvallis, who is part of a multi-year expedition studying the glacier. The shelf is like a windshield with a series of slowly opening cracks, she says. “You’re like, I should have a new windshield. And one day, bang, there’s a million more cracks out there.

Once the ice shelf breaks, large sections of the glacier now held by it are likely to accelerate, says Ted Scambos, a glaciologist at the University of Colorado, Boulder, and leader of the Thwaites Expedition. In a worst-case scenario, this part of Thwaites could triple in speed, increasing the glacier’s contribution to global sea level in the near term to 5%, Pettit says.

Even more worrying is the process that weakened the pack ice: incursions of warm ocean water below the platform, which the scientists on the expedition detected with a robotic submersible. Because Thwaites sits below sea level on ground that moves away from the coast, warm water is likely to melt inland, under the glacier itself, freeing its belly from bedrock. . A collapse of the entire glacier, which some researchers say is only centuries away, would raise global sea level by 65 centimeters. And because Thwaites occupies a deep basin into which neighboring glaciers would flow, its demise could eventually lead to the loss of the entire West Antarctic ice sheet, which blocks 3.3 meters of global sea level rise. “That would be a global change,” says Robert DeConto, a glaciologist at the University of Massachusetts, Amherst. “Our coasts will be different from space.”