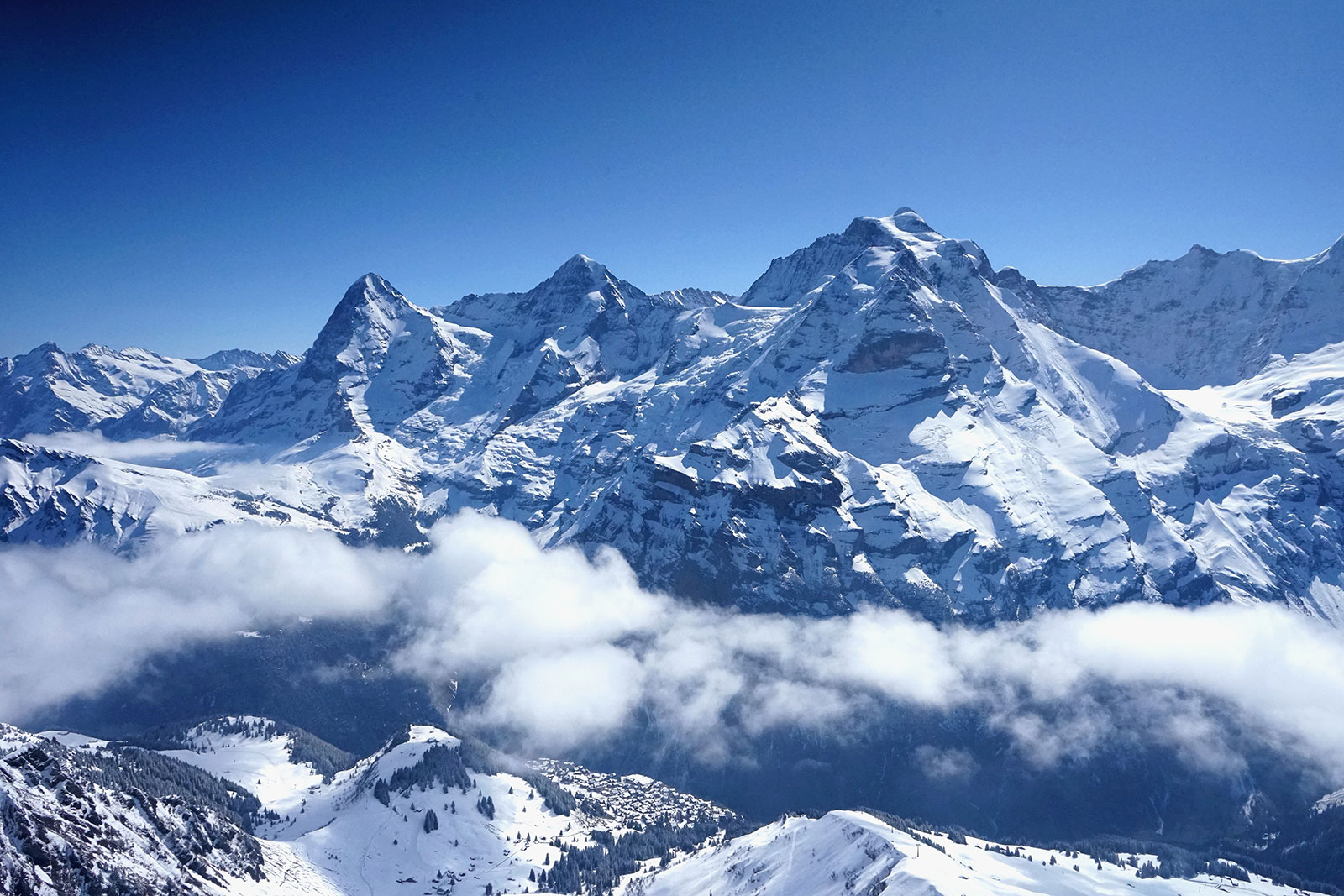 Almost 20 years later, I was about to shoot a campaign for Sport Obermeyer. It was supposed to be a homecoming of skiwear brand Obermeyer, so we wanted to shoot in the Alps. Naturally, I wanted to shoot on the famous Eiger again, so I called my dear friend and legendary mountaineer Stefan Zürcher, who is basically the most talented in the world at shooting extreme snow scenes. He was the one who initially spotted and organized our Samsung expedition. I said, “Let’s go back to the ice cream parlor where we shot the Samsung commercial,” and he said, “That ice cream shop is gone. It no longer exists.”

I was devastated and completely shocked. I remained silent and incredulous as I absorbed the reality of what Stefan was saying. It seemed impossible, how could it even be true? It was huge and extraordinarily beautiful 19 years ago. It’s so short for such a drastic change. He went on to explain that they now had to wrap the summit of the Eiger above the Jungfraujoch with wire so that the permafrost, which is melting, does not cascade onto the glass structure built for tourists. Stephane indicated that we could not even get there by helicopter because there would be no more place to land. We used to land on the glacier ice, which gives you a little perch where you can keep the blades off the rocks. Now it’s all rock.

Revisiting many of the most awe-inspiring natural places on the planet over the years has proven to be a stark reminder of cause and effect. I saw some sort of timelapse if you will.

Movies like Chase the ice help illustrate to people, through time-lapse photography, the speed at which climate change is changing. When we look at the ocean, we usually only see beauty. We don’t see that 90 percent of all pelagic fish have been killed in the past 50 years. Movies can generate real awareness that translates into action.