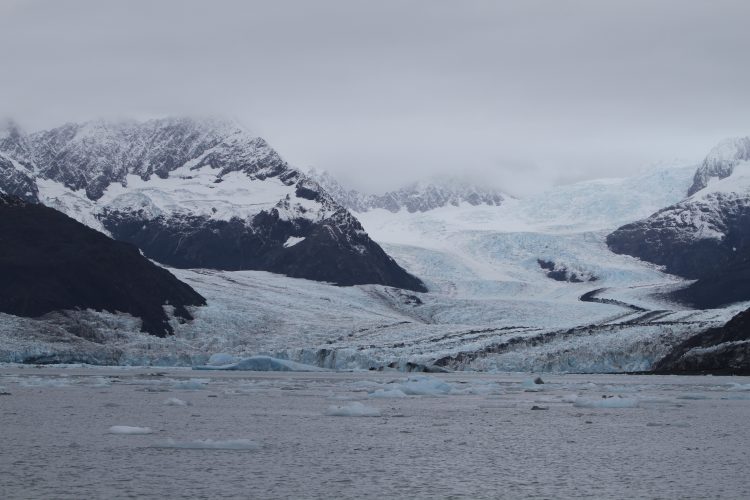 Prince William Sound, on the south coast of Alaska’s Kenai Peninsula, is home to glaciers that come into contact with the ocean. The unique marine chemistry of these environments could help scientists understand how glacial particles react with seawater and atmospheric carbon dioxide.Rob Campbell / Prince William Sound Science Center

A University of Washington oceanographer is part of a new project to study how glacial particles, created when glaciers grind the rock beneath them into a powder, react with seawater to remove carbon dioxide from the atmosphere.

Alex Gagnon, associate professor of oceanography at UW, is one of the researchers of a newly funded project that involves field and laboratory studies of a natural environment that could help understand the role of the ocean in carbon elimination, which many experts say will need to be combined with emission reductions to tackle climate change.

ClimateWorks Foundation, a nonprofit organization based in San Francisco, and Visions of the ocean, a research consortium, announcement October 28, two 18-month scholarships to assess the environmental impacts of oceanic approaches to carbon dioxide removal through the study of natural environments.

Oceanic analogs of carbon dioxide removal are defined as natural marine environments that remove carbon dioxide from the atmosphere through processes that could theoretically be replicated, accelerated, or performed on a larger scale.

The team’s $ 220,000 grant will fund a study near the edge of glaciers that contact the ocean at high tide in Prince William Sound, Alaska. Researchers will measure the rate of addition of alkaline material from rocks surrounding fjords, where glaciers naturally pulverize rocks and release fine-grained particles into the ocean. The study will measure CO2 absorption at different water depths and in sediment to test the link between the addition of alkaline powder and atmospheric CO2 deletion. The team will also determine how trace metals released from rocks, such as zinc and iron, affect marine ecosystems.

The team will use the science centre’s research vessel, the R / V New Wave, to collect samples and then analyze them in a UW lab.

The other grant was awarded to a team at the Woods Hole Oceanographic Institution that will study seasonal changes in the flow of the Mississippi River into the Gulf of Mexico.